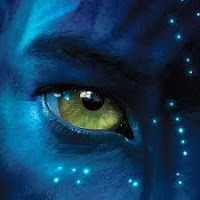 Fonti israeliane
1      IDF: Smearing the Dead
2     IDF on Bil’in: spins, half-truths and lies
3   Evidence discredits army’s version of Bil’in woman’s deathThe following is a detailed response to the army’s claims regarding the death on 1 January 2011 of Jawaher Abu Rahmah, who was taken to the hospital on 31 December after inhaling tear gas at the weekly demonstration against the separation barrier in Bil’in, a small Palestinian village near Ramallah. The response was written by Jonathan Pollak, media coordinator of the Popular Struggle Coordination Committee. *

Israeli activist Jonathan Pollak said he saw Abu Rahma at the demonstration and then later he saw her as she was taken into the ambulance. He added that someone had sent a Twitter message around the time that she as evacuated to the hospital, which stated: “One eye injury and Jawaher – sister of Bassem who was killed last year at a demo – was taken to the hospital for gas inhalation.”

Another discrepancy in the Palestinian version was that the medical documents claimed Abu Rahma did not have a medical history. The IDF, however, has learned that she was hospitalized in Ramallah 10 days before the protest.

Pollak said he believed she was treated in the hospital for an ear infection. He added that she had been sick with the flu the week before, but said that to the best of his knowledge, she did not suffer from cancer.

Mohammed Aideh, the medical director of the Palestine Medical Complex in Ramallah where Abu Rahma was treated, said that Abu Rahma had died from “respiratory failure after gas inhalation.”

He repeated that statement again when contacted on Tuesday night, adding that the respiratory failure had led to a cardiac arrest
Abu Rahma, he said, was brought into the hospital in a semi-conscious state and she became unconscious. She was put on a mechanical respirator and her condition deteriorated, Aideh said.

The medical history taken from the family indicated that she was a healthy woman, and that nothing he observed upon her arrival contradicted that testimony. IDF: 'Dead Bil’in woman may not have been at protest'
3  Sister of Bilin victim dies in anti-fence protest - Israel News ...


4   Palestinians and left-wing activists have claimed that Abu-Rahma did take part in the rally. "I saw Jawaher actively participating in the protest," Yonatan Pollack of the Anarchists Against the Wall organization told Ynet, while presenting an update on the incident on his Twitter account."I saw how they put her in the ambulance that took her to the hospital. I know with certainty that she arrived there and stayed there, and later died at the hospital," he said. "I was in constant telephone contact with people who were at the hospital throughout the night and the following morning."Despite the problematic findings presented by the army, Pollack insisted that "the IDF's version isn't based on any facts…the only thing the army's claims are based on is the error of a doctor who got one digit wrong when he wrote down the time."

'Tear gas not cause of death'


5 2004 IDF study: High concentrations of tear gas could be lethal


Hundreds of Palestinians and Israelis are expected in Bil'in on Friday for weekly demonstration, which will be preceded by a memorial service for Jawaher Abu Rahmah.