- novembre 30, 2018
CNN Fired Marc Lamont Hill For Saying Palestinians Deserve Equal Rights M arc Lamont Hill, a professor at Temple University and a fierce advocate for equality, was perhaps the strongest, most articulate and most passionate voice against racism and bigotry among CNN’s regular contributors. Today, CNN fired him  because he believes Palestinians, too, fit into a vision where all people deserve equal rights. For CNN, that was just too much. Marc was targeted by what can only be described as an organized campaign to silence his principled and consistent advocacy against racism and for the equal treatment of all people, including Palestinians. Wednesday, as part of a Special Meeting of the Committee on the Exercise of the Inalienable Rights of the Palestinian People, in observance of the United Nations International Day of Solidarity With the Palestinian People at U.N. headquarters in New York, Marc was invited as a member of civil society to provide a statement to the foru
Posta un commento
Continua a leggere

Informazioni su questo sito web HAARETZ.COM Italian far-right party leader Matteo Salvini scheduled to visit Israel in two weeks *** Merkel bows out as the far-right slices through the Western consensus for unity Opening Italy’s ‘closet of shame’ After U.S. midterms, the next clash between democracy and populism will be in Europe Italian Interior Minister and Deputy Prime Minister  Matteo Salvini is scheduled to visit Israel in two weeks, on December 11-12. Salvini, who leads the  far-right League party , is known for his fierce opposition to immigration and accepting asylum requests. In June, he refused to let the search-and-rescue vessel Aquarius dock in Italy after it had pulled refugees near the shores of Libya. At the time, the ship was carrying 629 migrants, including 134 unaccompanied minors, seven pregnant women and several people in critical condition as result of hypothermia. The ship was eventually allowed to d
Posta un commento
Continua a leggere 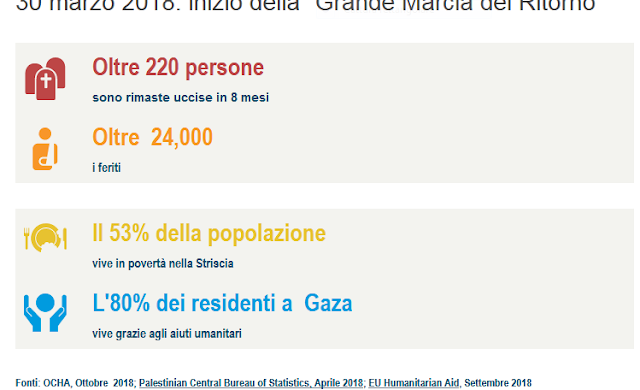