Noa Landau Opinion | Neo-Nazis? As Long as They're Friends of Israel

Noa Landau • Haaretz • Oct. 29, 2021 archive.md/wh4aB Israele politica nazionale-estera-militare Israel Hayom was up in arms this week. In an interview with a Swedish daily, Israel’s new ambassador to Sweden had stated the obvious: Israel is shunning the Sweden Democrats, a far-right party with fascist and neo-Nazi roots that is still associated with similar positions. But for the Israeli Hebrew-language daily, this was a “controversial statement.” Why? Here is the wonderful explanation the paper gave: “In the past, the Sweden Democrats did adopt far-right positions, including sympathy for fascism and Nazism. However, in recent years it has become a staunch supporter of Israel.” That “however” says it all: Okay, they have a neo-Nazi past and perhaps a neo-Nazi present as well – or so says the Jewish community there (a bunch of leftists, no doubt), but, hey, they’re our neo-Nazis! In the past decade, under Benjamin Netanyahu’s leadership, Israel cultivated warm ties with far-right parti
Posta un commento
Continua a leggere 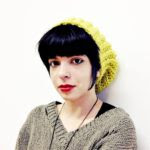