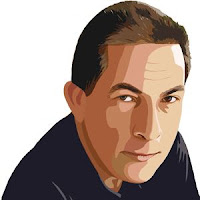 2 Israel does as it pleases

Until now it’s worked. Syria, Lebanon, Iraq, Iran, Sudan and, of course, the Palestinians wiped the saliva, said it was rain and restrained themselves, because they are weak and Israel is strong.

The prevalent basic assumption in Israel is that it is allowed to do anything. It is rooted deep in its consciousness, and any criticism or even doubt is seen as heresy and treason.
Israel may fly in Lebanon’s sovereign airspace ‏(or any other Arab state’s‏) as often as it desires − that’s taken for granted. It may, of course, bombard anytime that someone foresees danger. It may invade any place, settle anywhere. It may do ‏(almost‏) anything.
The “anything allowed” concept was shaped in the Israeli consciousness on the basis of several assumptions − some solid and justified; some irrelevant; some groundless. These include the Holocaust memory; our exclusive right to the land, being the chosen people; the danger to our survival; the whole world being against us; the Arabs all wanting to wipe us out.
This is how Israel assembled its own behavioral code, which ignores the world’s. What the hell, the world wants to destroy us anyway. That’s why Israel allows itself to take aggressive steps without asking itself anything − like, for example, what would it do if Arab planes had invaded Israeli airspace, even for mere intelligence-gathering flights. Not to mention what would happen if they dared bomb a convoy of “deal breaking” weapons.
Deal breaking? Military commentators recite this slogan as though it were not a lie. Its real meaning is: perpetuating Israeli supremacy. Defensive anti-aircraft missiles, intended to prevent Israel from making the impudent, provocative flights above Lebanon, are doomed to destruction. We are allowed. Only Israel is permitted to have all the weapon systems − including the most horrific in the arsenal. We’re allowed because we have the power; we’re the strong ones. Just as well, but this will not be the situation forever. The Arab notebook is open and the hand is writing, even if it is not at liberty to respond at present. Vengeance day may yet come.
The only question raised in Israeli discourse is whether it’s working now. Until now it has worked. Syria, Lebanon, Iraq, Iran, Sudan and, of course, the Palestinians wiped the saliva, said it was rain and restrained themselves, because they are weak and Israel is strong.

A society agitating over drafting ultra-Orthodox men isn’t even willing to try to doubt whether these bombardments, these daring hush-hush operations beyond the lines, are doing us any good. They’ve worked so far, but were they all necessary? Won’t Israel pay for them one day? Even according to foreign sources, Israel isn’t dealing with that. It’s enough that a handful of politicians and generals have decided what’s good for it, and to hell with all the troublesome questions.
Even more troublesome are the questions about the settlements. Again, Israel’s conduct is based on the assumption that, as far as West Bank settlements are concerned, anything is allowed. A committee set up by the UN − by the power of whose decision the State of Israel was established and won world recognition − published a document on Thursday castigating Israel’s policy. The committee ruled that the settlements are a violation of international law − or, in other words, a war crime.
Israel, the report’s composers established, will be susceptible to lawsuits in the International Criminal Court in The Hague and sanctions. So what? The Foreign Ministry has already called it a one-sided report. A commentator in Israel Hayom, like all Israel’s commentators, has already consigned it to “the garbage heap of history.”
“All human beings have rights, only the Jews don’t,” complained the mouthpiece of the robbed Israeli Cossack [a Hebrew idiom for a bullying villain who complains of being wronged], Dror Idar. Only the Jews don’t have rights? Amusing. Only the Israelis are allowed to do anything.
Full disclosure: I appeared before this investigation committee’s members − impressive, well-known jurists − at their request. Their committee was set up by the same council that wrote the Goldstone Report into Operation Cast Lead in Gaza − which penetrated so deeply into Israeli consciousness that the Israel Defense Forces acted differently in last November’s Operation Pillar of Defense. That report was not thrown into the garbage heap, but went into history. This settlement report, too, will resonate − at least in the outside world.
One straight line links Israel’s blatant flouting of the world’s position regarding the settlements and the mysterious bombardment in Syria, which the world has responded to silently. This arrogant line is called: Israel is allowed to do anything.